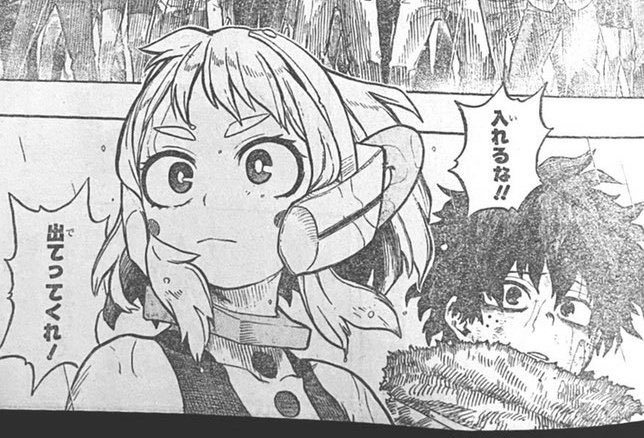 Another chapter of My Hero Academia’s hit manga is around the corner and Atsu’s leaks seem mere minutes away at the time of writing. While I’ve previously predicted that MHA Chapter 323 will be comparatively tame in comparison to the breakneck paced arc just behind us, I’m no less excited for the leaks. Here’s everything you need to know about the new chapter, titled One Step! Spoilers ahead of course.

MHA 323 begins as a flashback just after the conversation with Endeavor and Principal Nezu chapters ago. It regards the public perception to Deku’s return, with Nezu pointing out Iida’s naivete in thinking Deku coming back would make people calm. Despite this, Nezu explains it isn’t a problem as UA has been transformed into a segmented mobile base which connects all over Japan.

He continues, stating that the security system is a series of thousand metal plates which will set off alarms if even one is seriously affected. Tokoyami points out that it suuuure is convenient that this seems to directly counter Shigaraki’s Quirk, miraculously prepared despite him only recently becoming a real threat. While Nezu plays it off as a joke, to be it acts as the most forward evidence towards Traitor Nezu theory.

Back in the present, the chaos continues regarding Deku, as Nezu’s reasoning wasn’t enough for the citizenry. While Jeanist and Mic try to convince the people that this would be the most safe and logical outcome, the people argue the incompetence of heroes is what caused this situation in the first place.

Ochako once again takes center stage by taking Mic’s megaphone and floating to the rooftop of UA. She comes out with the truth that Deku does have a special power, confirming people’s suspicions. She then continues that Deku had these same fears, and look what running away and never stopping to take a break did to him. It focuses on the tragic sight of the worn down hero, citizens seemingly realizing their mistake.

The people are assured that no one has been working harder for society than Deku, despite all the danger following him around. With a woman whom Deku saved prior noticing the boy, the tone seems to shift. Uraraka tells people that this power doesn’t suddenly make Deku special, and Bakugo even comes in for the assist. He tells the crowd that situations like these are proof there’s stuff Deku can’t do on his own, and thus he can’t leave them again.

Nezu thinks to himself that taking the first step is hard, but that this could be the resolve needed to foster a hero who surpasses All Might. That passion is shown through Ochako desperately screaming into the mic despite the pouring rain.

And with that, the MHA Chapter 323 ends on a surprisingly emotional note. While it isn’t the heart to heart with Deku I expected, having the problem of the current society addressed while adding to Ochako and Bakugo’s character moments has been a welcome direction. I’ll take any Ochako content this point beyond her having a crush.

See you again for the next chapter with leaks and summaries as soon as available!