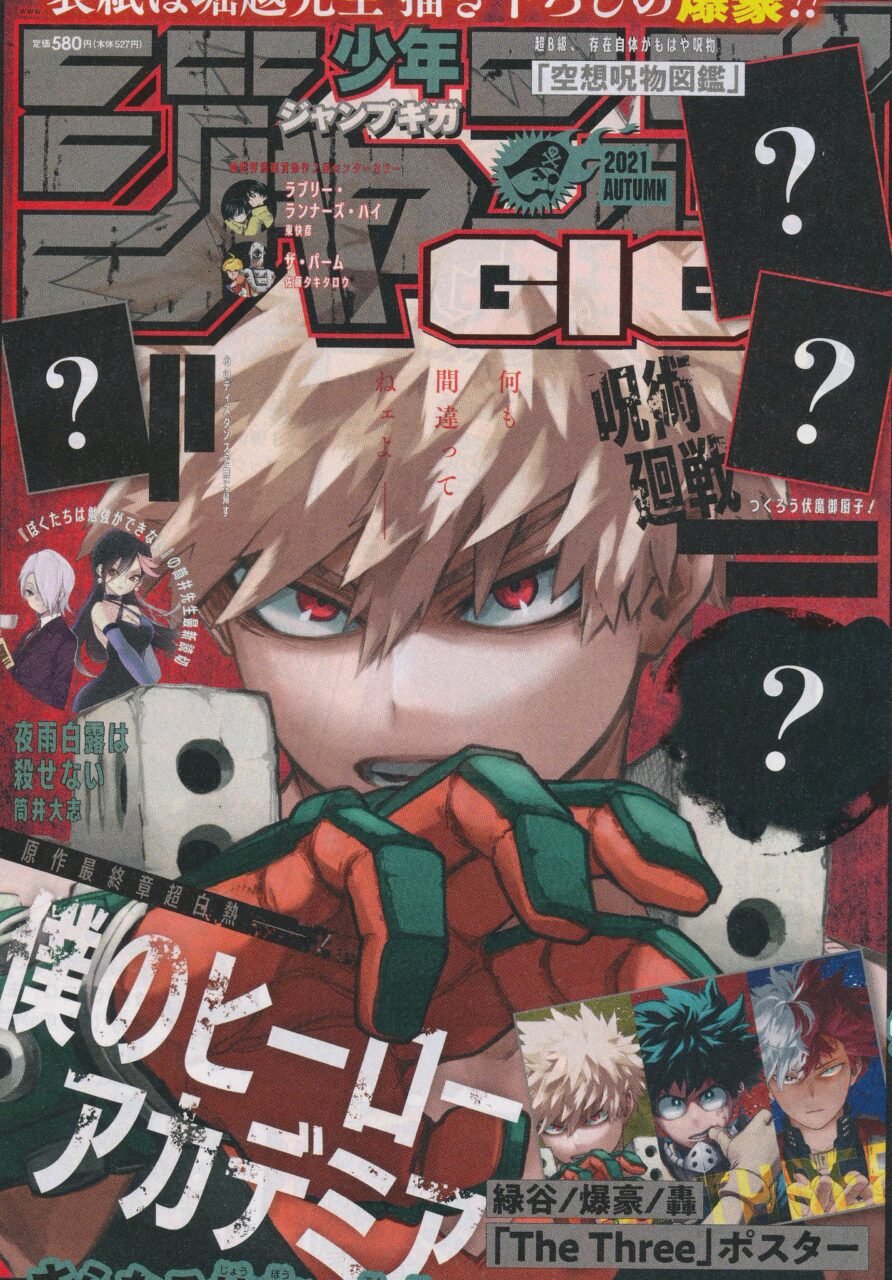 Leaks seem to be coming in an hour or two earlier than usual for this week’s chapter of My Hero Academia, but I remain ready nonetheless to give all the details about MHA Chapter 329. The first of which is the title, “The West comes in at the last second! An overpowered and incredible one is here!” It additionally opens with a page of Star and Stripe in full.

Spoilers ahead obviously, so let’s get on with the leaks from Atsu and Rukasu. Panels aren’t out in full, and notable ones will be added to the article as they’re posted online.

We finally see just how All for One managed to set himself up after breaking out of Tartarus. Surrounded by Nomus, he explains to Spinner that escaping and securing a hiding spot was a short-term goal and that obtaining One for All is only his middle-term goal. Spinner is understandably confused, but All for One continues that he was waiting for some kind of chance, one which is drawing near.

All for One poses a huge gamble to Spinner. If Shigaraki can steal the Quirk of Star and Stripe, the woman single-handedly responsible for keeping crime leaders from collaborating around the globe, before she arrives in Japan, they remove their biggest obstacle to a global crime syndicate. If he fails, however, they’ll be in big trouble. Seems she’s a woman on a whole other level of even All Might.

All for One then lays out his broader plan. They will uproot society by targeting the citizens. Spinner will be a face for mutant-type Quirk holders who have been discriminated against. By putting up posters of Spinner, Toga, and Touya, he plays on citizens’ fears of Endeavor and the hero society at large. He wishes to truly brand the League of Villains into the faces of liberation, just as ReDestro tried to do.

The heroes aim to discuss their plans with Star and Stripe once she enters Japanese airspace. However, 50 kilometers from where she was supposed to land, Shigaraki appears to confront her. Despite Shigaraki arriving three days early, Star and Stripe seems relaxed and confident, taunting Shigaraki before asking him if he’s All for One. He responds with, “Who knows? I wonder who I am.” This confirms it is in fact Shigaraki of his own volition as the Japanese wording refers to himself in a way that All for One never does.

Bam, end of MHA Chapter 329. If the stakes were rising for the main cast in recent arcs, it looks like a threat for even All for One has entered the fray. Despite being that powerful, Shigaraki seems primed and ready to attack. We may be in for a deadly battle soon…

Pokemon Go: How to evolve Pansage into Simisage