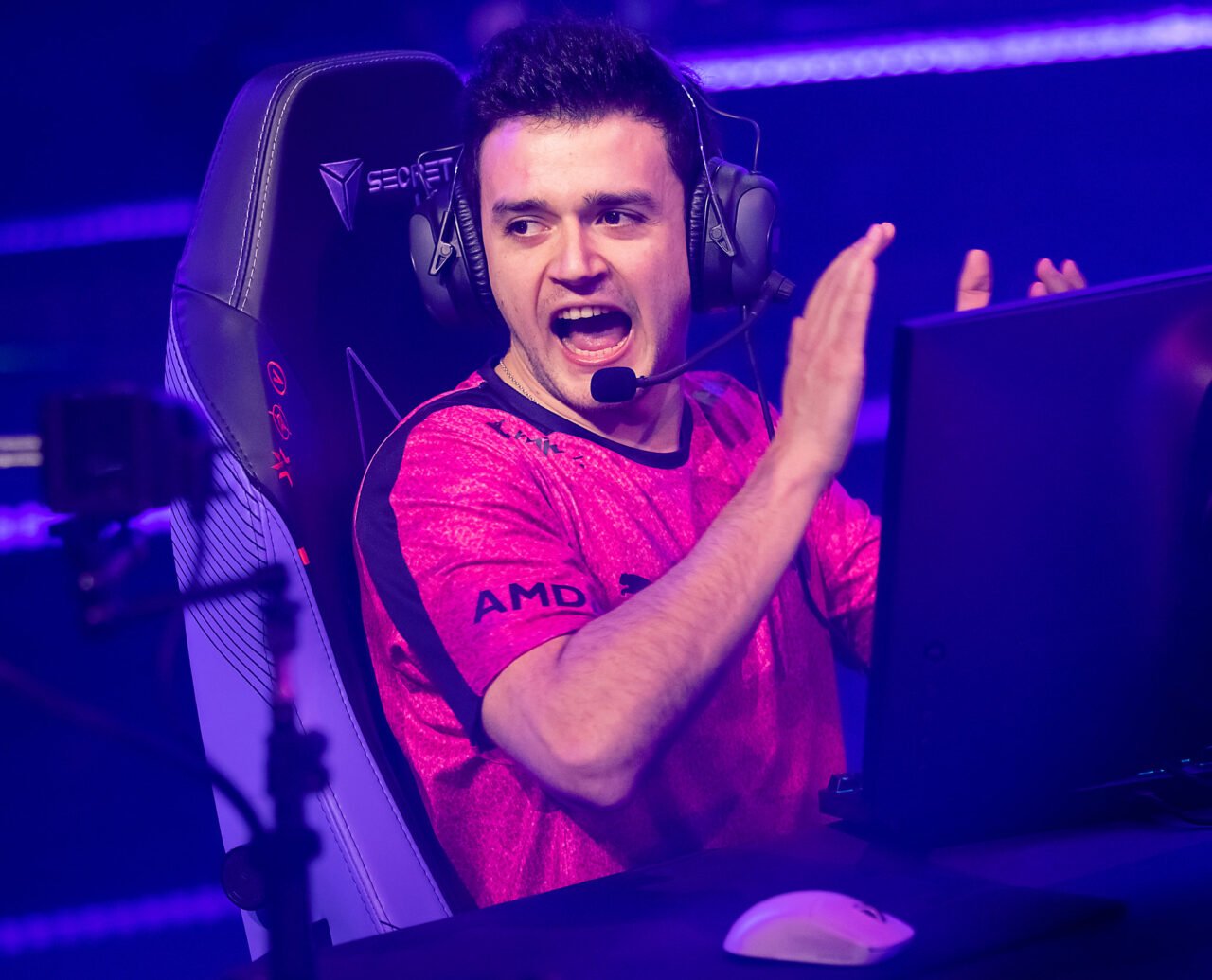 Fresh off defeating Crazy Raccoon to start their run at Masters: Berlin, Juan Pablo “NagZ” Lopez saw his team KRÜ Esports regress to the mean as they fell to Team Envy in straight maps, plunging them to the all-important elimination match where they await the winner of the ZETA DIVISION-Keyd Stars series to progress to the quarterfinals.

Following a tight encounter in Icebox, KRÜ couldn’t overcome Envy’s momentum created in Ascent and were subsequently dispatched 13-2 with each KRÜ player having a negative kill/death ratio. For NagZ, he finished with a team-high of 216 ACS, 27/30/4 KDA, and 139.2 ADR, a slight solace to an otherwise dreadful result.

The series was a landslide that the Latin American contingent couldn’t thwart, so now they must refocus their attention for their final series and hope a similar occurrence doesn’t happen again. The Click caught up to NagZ after the KRÜ-Envy series to discuss what happened, his team’s particular position of already being qualified to Champions, who he would rather face in the elimination match, and which region is better between LATAM or Brazil.

The interview was conducted in Spanish and subsequently translated to English.

NagZ on Series With Envy

Thanks for accepting my request for the interview, NagZ. The first thing I’d like to ask is your thoughts on the series with Envy.

NagZ: In the first map, [Envy] started very well by winning the first three rounds. It was the kind of start everyone would love to have, but fortunately, we managed to come back from the deficit to tie it up at 6-6 in the first half. However, the map eventually escaped from our grasp due to small mistakes that we made in which they knew how to take advantage of.

For the second map, the truth is we couldn’t do much. They were much more superior in a strategic sense and finished with a clean win.

You highlighted the struggles KRÜ faced in Icebox. Can you go more in-depth as to how the team lost to Envy in that fashion?

NagZ: It was more about their dominance in the map. They played with a rather slow attacking pace and we had a lack of utility to go by during the latter stage of rounds. They had our number in many aspects such as faking us on certain rotations. That kind of stuff essentially happened for the majority of the series. Not to mention their lurkers. They punished us heavily in that regard as well.

With that loss, you now await the winner of the ZETA DIVISION-Keyd Stars series in the elimination match which will decide the second team to advance to the quarterfinals alongside Envy. Who are you looking forward to face in a few days’ time?

NagZ: Sure enough, we have played against Keyd in past official tournaments. Back in LATAM, we trained a lot with the Brazilian teams online Specifically with Keyd, we trained with them quite a lot of times so I think that series will go to their favor and I hope to face our Brazilian brothers.

READ MORE: GMB Chronicle: “I think all EMEA teams will show a good performance against all NA teams.”

NagZ on KRÜ Qualifying for Champions

Moving into KRÜ’s participation in Masters: Berlin, the team arrives at a peculiar position since they, in addition to Sentinels, have already sealed their spot in Champions. Since KRÜ doesn’t have to worry about missing Champions, how is the team approaching this tournament?

NagZ: Honestly, we’re just taking it step by step with our focus completely on this tournament. It does give us a sense of tranquility having already qualified for Champions, but that doesn’t assure us of anything right now. We try not to think about that and instead work hard here with Masters as our top priority.

One of the major things that changed for Berlin after the previous international LAN was the tournament format. In Masters: Reykjavik, there was a double-elimination format with little matches to play for each team. Now, we have a group and knockout phase. What do you think of this change?

NagZ: Obviously, it’s much better than before. In Iceland, the format was pretty strange to experience to say the least since four teams, which featured us along with Fnatic and other teams I can’t remember at the moment, started off before the rest of the field. For example, there were teams who placed better than us although they had an equal series record, so I guess you could say that was a pretty unfair thing to fathom.

Looking at LATAM and Brazil

In qualifying for both LANs, you had to overcome various teams in LATAM throughout this season. How difficult was it for KRÜ to repel such threats from opposing teams who are doing essentially anything (roster switches, etc.) to unseat you guys?

NagZ: Obviously, it’s hard being champions of LATAM since everyone else is doing all kinds of things to beat us (i.e. roster swaps and centralizing their practice). They make it extremely hard for us to continue winning at such a high level. For example, a team like Australs made us sweat a lot during the Stage 3 Playoffs but we managed to read their game and easily beat them in the finals.

NagZ: I feel the Brazilian scene is still at a premature phase of development, in my opinion. There have been plenty of roster swaps and role changes within the teams so I feel the region hasn’t developed a clear identity. Nevertheless, I feel Brazil will eventually become one of the strongest regions in the world.

At this moment in time, which region do you see as the best: LATAM or Brazil?

NagZ: I think, for now, we’re better than a majority of the Brazilian teams, but in general, they have eight or so teams who are each strong in their own right. In turn with LATAM, there’s only us and Australs.

NagZ: I think it’s due to the culture revolving around FPS games in our region. Since the days of CS 1.6 and later in CS:GO, those games have been played a lot in those countries, most especially in Argentina, but there weren’t many opportunities for the professional scene to grow. Teams couldn’t offer an actual salary to players and the scene remained at a super amateur level.

But with Valorant, in which one can become a full-fledged professional, players can dedicate themselves to the game on a full-time basis and I think that’s what differentiates us from the rest of the region.

READ MORE: PRX coach, alecks: “Whatever we do, we’re going to try our best and I think it’s showing.”

It appears as though the region’s popularity and competitive infrastructure grew at an exponential rate with Valorant as opposed to CS:GO.

NagZ: Yes. Everyone’s improving and I hope that trend continues so that the future generations can obtain greater opportunities for themselves.

Do you have any final words to share for the fans?

NagZ: Shoutout to all of the fans of the team who send us plenty of support. I hope you continue to follow us regardless of what happens here in Berlin. Thanks to you as well for the interview.

That’s everything we discussed in this interview. If you’d be interested in more, you can click here for more Valorant articles, or visit our homepage here and see what else catches your interest.

Fortnite Season 8: What is the Sideways?

Esports writer with 2+ years of experience who covers games such as League of Legends, Valorant, and Dota 2. Enjoys to write and play--wait for it--video games. Used to play drums during his teenage years.

F4Q Head Coach Locomotive: “Maybe strengthening what we had was the better way to do it all along, so the experience really guided me into the right direction of coaching.”

Tanizhq of SMB: “I hope Riot sees that having EMEA bunched together isn’t actually the best option going into the future.”