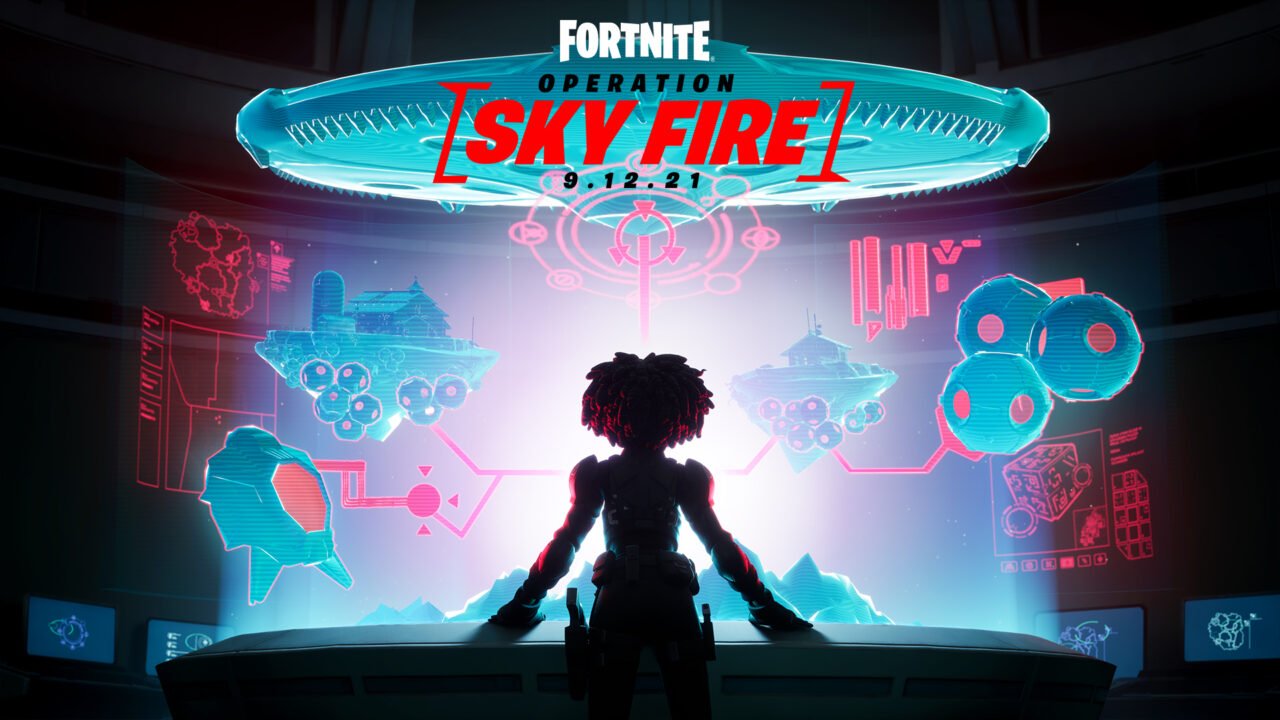 Each season we are treated to a live event in Fortnite, which helps drive the narrative of the game further forward while also providing a highly entertaining spectacle for fans to take part in, and Season 7 will be no exception.

In the past, the Fortnite end-of-season live events have seen Marvel’s Galactus try to destroy the Fortnite island, a rocket causing a rift in time, and even the map destroyed and sucked into the Zero Point at the conclusion of Chapter 1.

With aliens taking over the Fortnite island through Season 7, there is much speculation as to what role the Mothership will play in the Season 7 live event.

But now, we have some idea on what to expect as Epic Games has officially announced the date and time for the Season 7 live event, as well as what to expect.

In a blog post, Epic Games revealed the date and time for the Season 7 live event, as well as gave us a hint as to what to expect when it takes place next week.

It has been revealed that the event will take place on Sunday, September 12th at 4 pm EST/9 pm BST.

September 12th is also the date that Epic Games said that Season 7 will end, which means that either Season 8 will begin immediately following this event, or the end of the season will be delayed.

The Season 7 live event will see players infiltrate the Mothership that towers of the Fortnite island, with the aim of taking down the invading aliens.

“With the Mothership’s sights set on the Imagined Order’s secret base at Corny Complex, Slone has hatched a plan to end the Invasion once and for all. You’ve answered her calls, worked as an undercover agent for the IO – now it’s time to infiltrate The Last Reality and put a stop to the Alien’s occupation.

Epic Games also goes on to say that “For content creators and players looking to relive the moments of Operation: Sky Fire – note that replays for the event will not be available. Please take appropriate steps to record and archive your experience to share with everyone.”

This could hint that Season 8 is set to begin immediately after following a downtime period.

Usually, replays are available until the next update, but with them not being available at all, it seems that players won’t be able to continue playing the 17.50 update before Season 8 begins.

Epic Games also lets players know to have everything in the Battle Pass completed, which hints that this event spells the end of Season 7.

“Gather your Bars and spend them all before your stash resets in this season’s Bargain Bin Wild Week — starting September 9 at 10 AM ET. To help you along the way, a new Legendary Quest will reward you for offloading your cache of Bars with some final XP to top off your Battle Pass.

Speaking of your Battle Pass, complete any remaining Epic Quests and exchange your Battle Stars for the rewards you desire before Operation: Sky Fire begins. Any remaining Alien Artifacts should similarly be collected and exchanged for your favorite Kymera styles and options.

Any unclaimed Battle Stars or Alien Artifacts at the end of Chapter 2 Season 7 will be automatically redeemed for rewards and styles starting with the earliest available unlocks, so if you want to snag a particular option, exchange them now.

While Season 7 has been a great season overall, we’re excited to see what Chapter 2 Season 8 has in store for the Fortnite island.

FNF B Side: Will We See More?