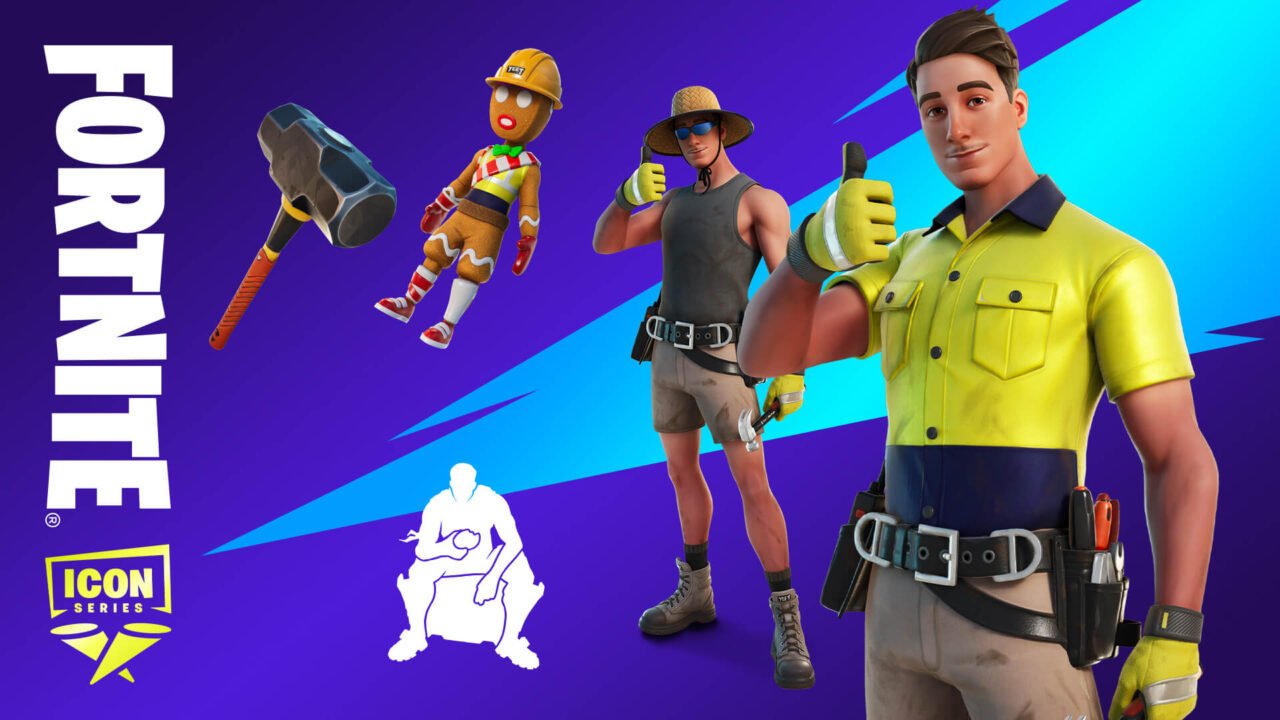 It has been announced that Lazarbeam is the fifth content creator, and third Australian, to receive their own Fortnite Icon Series skin.

Lazarbeam joins fellow Aussies Loserfruit and Lachlan, as well as Ninja and TheGrefg in becoming the latest creator to get their skin in the game.

Epic Games released a post on their website announcing the addition of Lazarbeam to the Icon Series.

Lazarbeam is a YouTuber with over 18 million subscribers and gains over 100 million views per month.

In the post Epic Games announced the new skin saying,

“Lazarbeam joins the Icon Series ready to put in some work. Put on your toolbelt, sunnies, and hardhat with the upcoming Lazarbeam Outfit (and if you’re trying to beat the heat, switch to the breezier Relaxedbeam Style).

When you’re ready for a break, take a Meat Pie from your cooler with the upcoming Lunch Break Emote, then get back at it swinging with the Ol’ Mate Sledgy Pickaxe. Also, take your son to work with you with the Baby Gingy Back Bling.

Like the Lazarbeam Outfit, the Ol’ Mate Sledgy Pickaxe comes in two Styles. (Each is a different size.) All the items in Lazarbeam’s Set will be available individually or as part of the Lazarbeam Bundle.”

Lazarbeam took to his own YouTube channel to reveal the skin and discuss the motivation behind its design.

Prior to becoming a famous YouTuber, Lazarbeam used to work in construction and he has never forgotten it and chose to honour that part of his life with the construction worker themed bundle, which comes with a sledgehammer Harvesting Tool and an emote where he sits and eats a pie.

Congratulations to Lazar for finally receiving his own skin. The bundle will be available on March 4th.

The day before the bundle is released, Lazarbeam and Fresh will be teaming up in the Lazar & Fresh’s Super Knockback tournament.

In this Duos tournament, top-performing teams in each region will unlock the Lazarbeam Bundle before it’s in the Item Shop!

In Lazar & Fresh’s Super Knockback, many of the weapons at your disposal are more powerful versions of knockback weapons.

You’ll find Lazar’s Flight-Knock, a custom version of the Flint-Knock Pistol, from Supply Drops. And if you’ve taken damage, you can Emote to heal. Fall damage is vaulted.”

READ MORE: Everything You Need To Know About The Fortnite 15.50 Update

Persona 5 Strikers Beginner’s Guide: How To Get Started