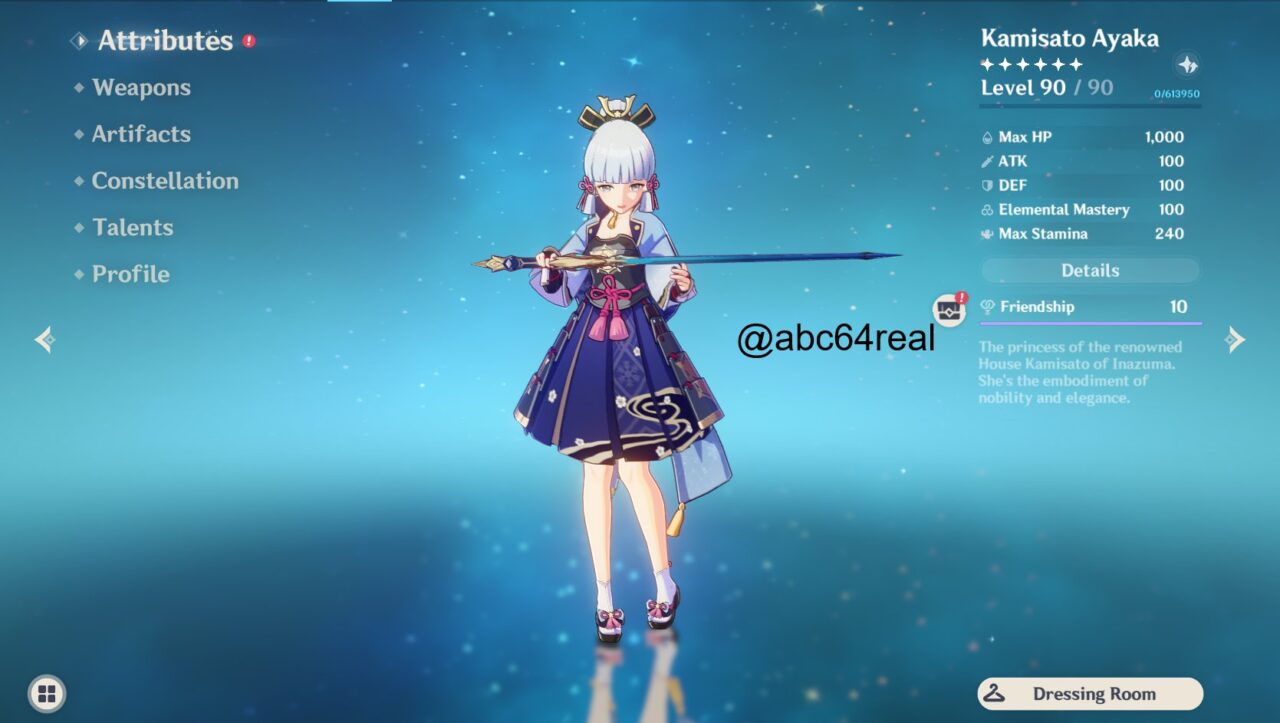 Genshin Impact’s future seems moe pormissing than ever, and as its current version 1.6 takes playersi n a adventure of a lifetime, new leaks regarding its upcoming 5-star Cryo character Ayaka and its new features continue to surface.

This time, known leaker @abc64real released two new images featuring both Ayaka’s character screen and the visual of one of Inazuma’s Statues of the Seven, featuring the Raiden Shogun, Baal.

You can check out Ayaka’s leaked character screen below, courtesy of abc64, on Twitter:

Ayaka is also know as the princess of the Kamisato house. she will be, as we said above, a 5-star character and will use a sword in battle.

According to leaks, she will be capable of wielding her weapon in Cryo and will be focused on dealing high amounts of elemntal damage, as well as enabling reactions.

Inazuma’s Statue of the Seven

You can check out the visual of one of Inazuma’s Statues of the Seven below, courtesy of abc64 on Twitter:

So, do you plan on pulling for Ayaka, when she arrives on Genshin impact’s upcoming version 2.0?