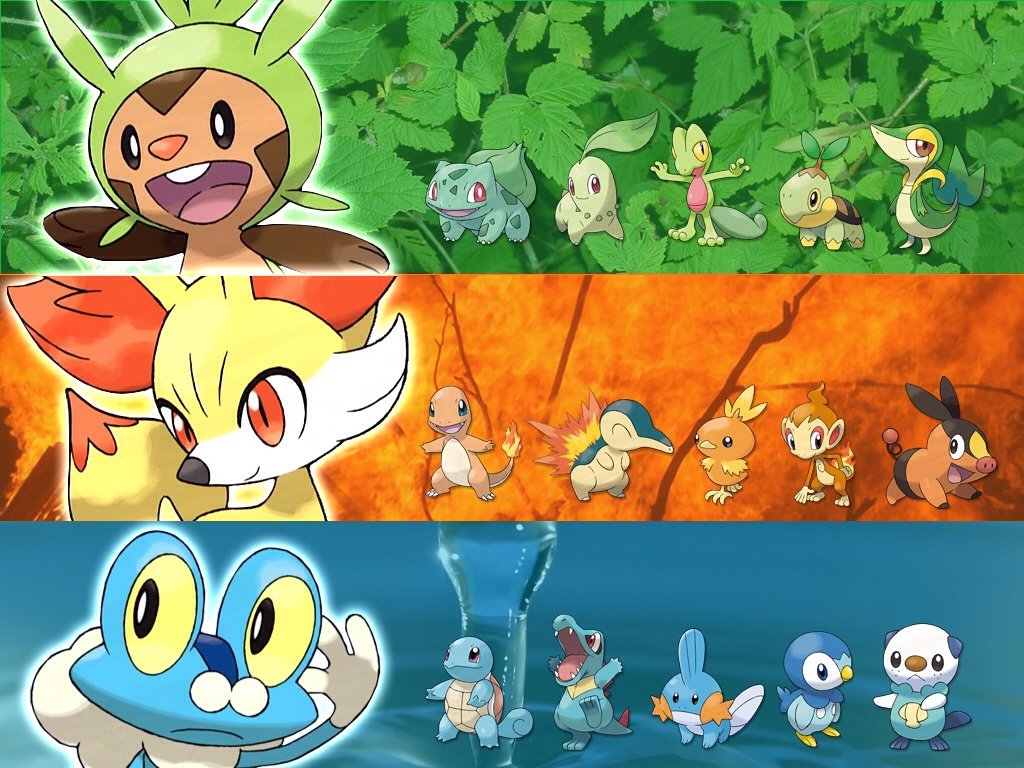 The 7 best starter Pokemon among all generations

The age old debate of which starter Pokemon is the best is as intriguing as it is polarizing for fans of the series, and we’re here to give our two cents regarding the ones we regard as the 7 best starter Pokemon.

It is ultimately up to the players to pick their favorites when getting started with their journeys to become a Pokemon Master, but a list does no harm nonetheless.

Keep in mind, this list isn’t intended to compare how well each starter fares in battle, but rather it is a more general list that combines how they look and how useful they are based on the information available on bulbapedia and personal experiences.

READ MORE: What are the best Pokemon spin offs?

Without further ado, lets get right into our choices for the 7 best starter Pokemon, starting from the bottom.

A very peculiar and unique Pokemon, this adorable Grass/Flying dual-type starter is one of the most versatile choices on the list. A solid starter in its generation, Rowlet is very effective against Fighting, Water, and even Grass types.

The Flying dual type nature does wonders for this handsome little guy as it eliminates the need for a fire type in the party by covering two of the three elements in the standard starter fire, water, grass rock-paper-scissors draw.

When fully evolved, Decidueye gains access to an array of Ghost type moves, along with significant boosts to Attack, Speed, and Special Defense.

A cat is obligatory in this list, and who better to fit the bill than the fire-type Litten. Having the best physical stats among its co-starters, Litten is a little powerhouse of action.

The final form of Litten, the rambunctious Incineroar (who also found its way to Smash), not only serves as a fantastic Fire/Dark dual-type but also serves as one of the generation’s best fire types alongside Volcarona and Talonflame.

Another important thing going for Incineroar is the ability Intimidate. Lowering a foe’s stats right at the beginning of a fight is very useful, and makes up for Incineroar’s less than ideal stats.

Arguably one of the most charming starters in all of Pokemon, this delightful little creature comes in on number 5 in our list. Being a pure fire-type throughout its evolution cycle, this chap has fewer weaknesses than most fire-types that end up becoming dual-types.

Raising a Cyndaquil to become a strong Pokemon is a labor of love, given that it is arguably one of the weakest starters in its generation. But it definitely shines through by the time it evolves into Typhlosion.

What it lacks in survivability, it makes up with its Speed, Accuracy, and Special Attack. It rarely misses its mark.

Mudkip usually has a slow start (literally, very low base speed), it is nonetheless a very strong choice for its generation. By the time it becomes a Marshtomp, it starts to come into its own. The Water/Ground duality of types makes it a very strong contender in most fights.

With only one type as its critical weakness, Swampert is easily one of the best choices for any kind of team in Gen 3. It gets a significant boost to its Health and Attack, which, when paired with a multitude of strong water and ground type moves, makes it a very formidable Pokemon.

Froakie is a fan favorite starter, and quite possibly the best Pokemon stats-wise in this list. By the time it evolves into the Water/Dark dual-type Greninja, this incredibly fast Pokemon almost guarantees a first hit in any match up.

While it is not as tanky as Swampert, it is very powerful on its own being super-effective against many types. It is stronger against more types it is weak to, with great Special Attack and Attack stats. It is also very cute as a starter, which is part of the reason it is so high on our list.

Heartthrob of the third generation, this highly adorable fire-type chick is just as fierce. A very strong choice at the start of the game, Torchic comes into its own by the time it evolves into one of the coolest looking Pokemon ever – Blaziken.

With a large move pool owing to its dual Fire/Fighting type nature, Blaziken is an absolute powerhouse. It even has access to Flying type moves, however it lacks the Same Type Attack Bonus (STAB) on those.

Arguably the strongest Fire/Fighting type in the entire series, Torchic has definitely secured its place all the way up on this list, coming in second only to…

Regarded by some as the most overrated Pokemon, and by others the peak of Pokemon starter designs, there is a reason Charmander and its evolutions garner so much mixed emotion. On the one hand, it isn’t an exceptional Pokemon when it comes to competitive battles owing to its type disadvantages.

On the other hand, Charizard’s timeless design and cool factor easily makes it one of the most iconic Pokemon of all time. Even though it is Fire/Flying dual-type (with the exception of Mega Charizard X), Charizard still has access to an array of Dragon-type moves effectively making it a pseudo tri-type.

That’s all for our list of the 7 best starter Pokemon!

What are the best Pokemon spin offs?

Sims 4 Vampire Cheats: How to turn into a Vampire

Sakurai Presents Kazuya: Everything You Need to Know