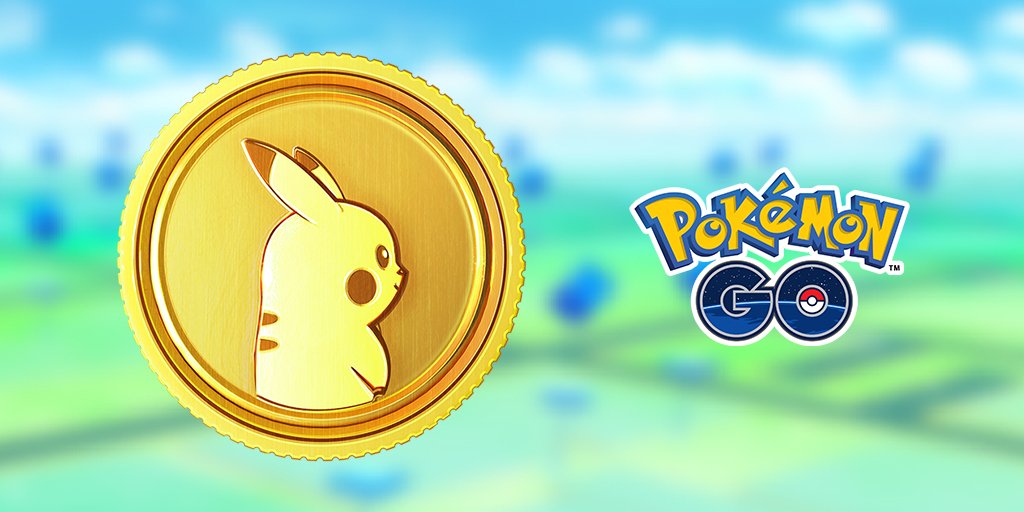 Pokemon Go has two major currencies, one of them being Pokecoins. These are hugely important to players, but how do you earn coins in Pokemon Go?

These coins are used to buy item bundles, incenses, raid passes, and all manner of other items including important benefits like Pokemon and Item Storage, which is why I’m going to go over how to earn yourself some of these coins.

How to earn coins in Pokemon Go

There are only a handful of methods to earn Coins in the entirety of Pokemon Go for any given player, including those testing new updates for the game.

Here I’ll explain the options available to everyone, though bear in mind test options for example may not be open to you.

The primary method of earning coins for the majority of free to play players will be be taking over and defending the Gyms present on the Pokemon Go map.

This means that you must join one of the teams present in the game, either Mystic, Valor, or Instinct, any of these work – without a team, you can’t take over Gyms.

When you’ve reached level 5, you can choose a team by clicking on any Pokemon Go Gym – you’ll then be prompted to select a team.

The team you choose is ultimately up to your preference, though if you know your area is dominated by two of the three teams and has very few of the last, you might have a difficult time with Gyms if you pick that third team.

Once you have a team selected, you’ll want to find a Gym.

If you don’t have any near where you live, you may have to try to grab Gyms during a daily walk or commute. Luckily, Gyms don’t move.

When you’ve located a Gym and gotten close enoguh to it to interact, what happens next will depend on what team currently holds the gym, as indicated by the colouration of the Gym itself.

READ MORE: Pokemon Go: How to Evolve Magneton into Magnezone

If you are a member of the team currently holding the Gym, and it contains less than 6 Pokemon, you’ll be able to add one of your own to the Gym, leaving it there to defend it.

If you are from a different team – if there isn’t an ongoing raid – you can begin to attack the Gym using a button in the bottom right side corner.

Defeating all the defenders of a Gym will allow you to take over and place your own Pokemon inside, and having done so, your Pokemon of choice will slowly accumulate PokeCoins for you.

Mechanics of coins earned from Gyms

Coins are earned at a rate of 1 per 10 minutes a Pokemon defends a Gym, though coins are only granted to the player when the Pokemon defending is defeated by another player.

Additionally, there is a 50 coin per day limit per account, rather than per Gym – meaning if your defended gym is defeated after earning 50 coins that day, you won’t gain any at all.

This method will naturally not be for everyone, and that’s entirely understandable. I’m personally F2P with no purchases, but I should cover all methods regardless.

The in-game shop features the ability to buy Pokecoins in your local currency.

If you do decide to buy Pokecoins, carefully compare the prices presented.

Additionally, as shown above, Pokemon Go does have promo codes that may be used. While the gifts and rewards they give may not be coins, they are worth checking out – I’ll link an article about Promo codes and offers below for those who are interested.

Other ways to earn coins in Pokemon Go

Niantic have previously trailed splitting up the way of earning coins between Gym combat and completing daily research tasks similar to those we have currently.

An article from May 2020 can be found about it on the PokemonGoLive website here, and the summary of it seems to be a 30 coin cap on defending gym coins, while 20 were earned from tasks.

Personally, splitting up the 50 cap into two smaller caps seems silly to me, and likely to lower player earnings overall. If either one could contribute repeatedly up to the cap of 50 (or ideally higher) that would be a nice change.

Interestingly, the Pokemon Go wiki still lists this change as being tested, so it’s possible it’s still in the works in some Countries.

That’s about everything to know about earning Pokecoins trainers, good luck amassing a horde of treasure for yourself – if you can avoid spending it first!

The best JRPGs for beginners – Where should you start?