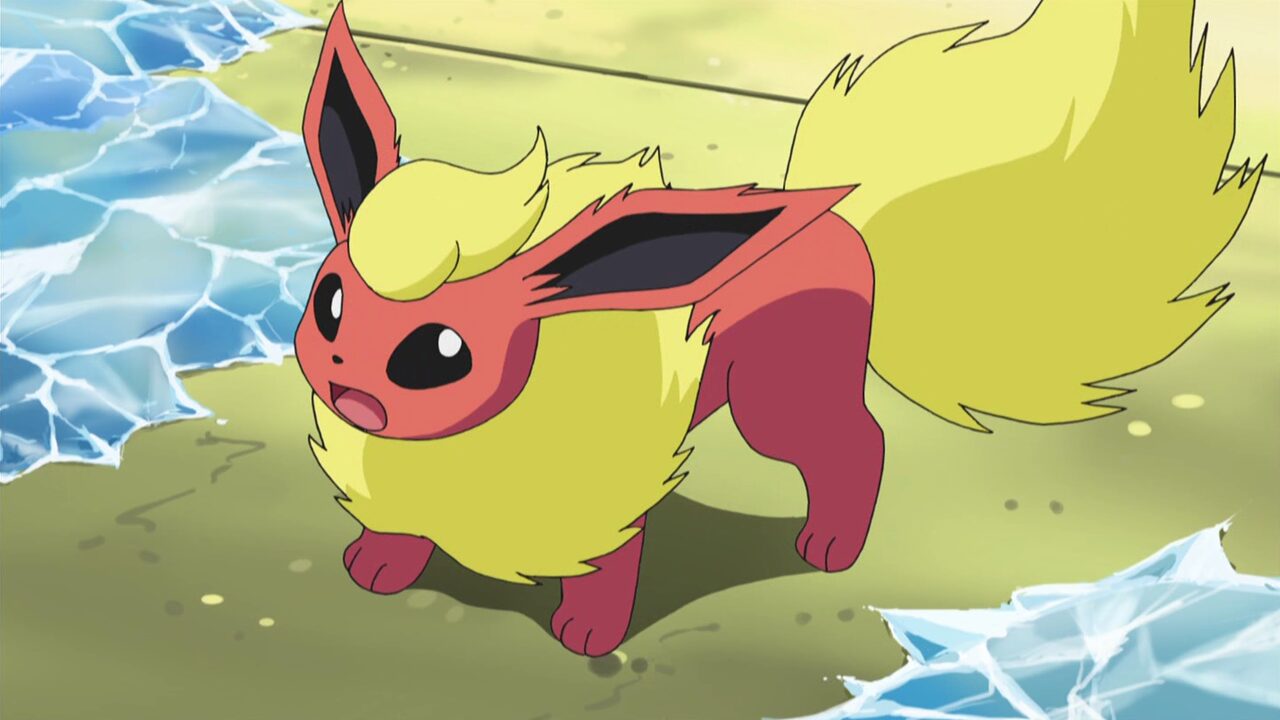 Pokemon Go: How to evolve Eevee into Flareon

Eevee has a lot of potential evolutions, but if you’ve seen how those evolutions are handled in Pokemon Go, you’ve probably asked yourself the following: how do I evolve Eevee into Flareon in Pokemon Go?

Well, luckily there’s a trick to this that can make things simpler. It only works one time, but it’ll get you a Flareon for sure on that very first try.

If you’ve looked at the Pokemon Screen for Eevee specifically in Pokemon Go, you’ve probably noticed that the evolution button simply shows a ? alongside a cost of 25 candy.

While the price of evolution is thankfully low on candy costs, if you’ve been trying to obtain a specific Eeveelution, you’ve probably not had much luck – as the evolution is entirely random between Vaporeon, Jolteon, and Flareon.

To make matters worse, the other four Eeveelutions present in the game have other requirements and can’t be obtained by random evolution like the first three can.

READ MORE: The 7 best starter Pokemon among all generations

How to Evolve Eevee into Flareon in Pokemon Go

The fast way to get Flareon

With that established, let’s revisit our original question of “How to evolve Eevee into Flareon in Pokemon Go?”

Well, the fastest way to do this is to rename your Eevee to “Pyro” – doing so should update the evolution screen to show Flareons silhouette as the expected evolution result.

Be wary though trainers, this Eeveelution naming trick only works once – so either use it on an Eevee with strong stats for a good Flareon or use it to fill out your Pokedex as a one-off way to do it quickly.

The main way to get Flareon

If you’re looking for another Flareon after using the naming trick already, unfortunately, things get quite awkward to manage here.

The main way of evolving Eevee into Flareon is simply to hit the natural evolution button – unfortunately, this is random – and can potentially put out Jolteon or Vaporeon instead of Flareon.

On the upside, this method can be repeated as many times as you have Eevees up all the way until you get what you want, but there is no way to influence it towards becoming Flareon beyond simply using the naming trick listed above once.

The random evolution is also quite cheap at only 25 candies each, so as long as you have a few good Eevees to evolve, you’ll quite likely get what you want from it.

Other methods to get Flareon

There aren’t that many other methods available to find Eeveelutions. You can in theory get them from raids – evolved forms of Eevee have turned up there in the past, though rarely.

Additionally, some Eeveelutions can be encountered in the wild – though this is quite rare, and may only include the original three evolved forms of Eevee.

The good news is that Flareon is one of the original three evolved forms of Eevee, so you can find it out in the wild!

That’s about everything you need to know to get your very own Flareon, Trainer. Good luck out there!

Pokemon based on real-life creatures