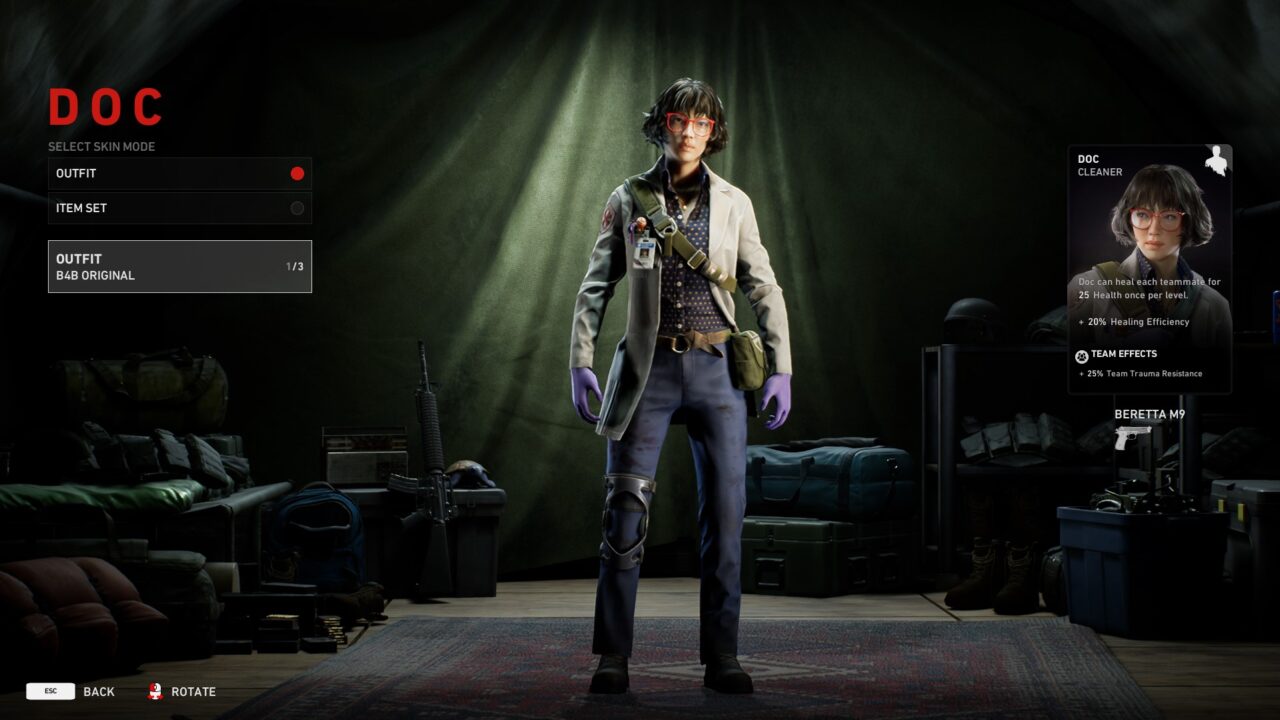 Back 4 Blood has finally been released, bringing us a brand new over-the-top and incredibly chaotic zombie shooter, with the game being the spiritual successor to the Left 4 Dead series, which hasn’t seen a new entry since 2009.

The game features over 30 missions, which is sure to keep players busy as they take down thousands upon thousands of monsters throughout the game.

In total, there are eight characters for players to choose from, with four being available from the start and four needing to be unlocked.

Here is how to unlock and use Doc in Back 4 Blood.

How to unlock Doc

When first jumping into a mission in Back 4 Blood, you will notice that only four characters are playable, Evangelo, Walker, Holly, and Mom, with the remaining four characters, Doc, Hoffman, Karlee, and Jim being unable to be selected straight away.

To unlock Doc, and the other three characters as you unlock them all simultaneously, you need to complete The Devil’s Return, which consists of the first four missions of Act 1.

Each Act is broken up into its own chapters, consisting of one-four missions that are grouped together and tell that section of the story.

The Devil’s Return concludes with The Crossing, which sees players run as fast as they can over a bridge to escape the endless waves of the Ridden, before planting explosives on a ship to destroy it along with thousands of Ridden.

Upon completing this mission, Doc, Hoffman, Jim, and Karlee will become available to play.

New Star Wars game could be announced in December

Valheim: How to Build a Longship