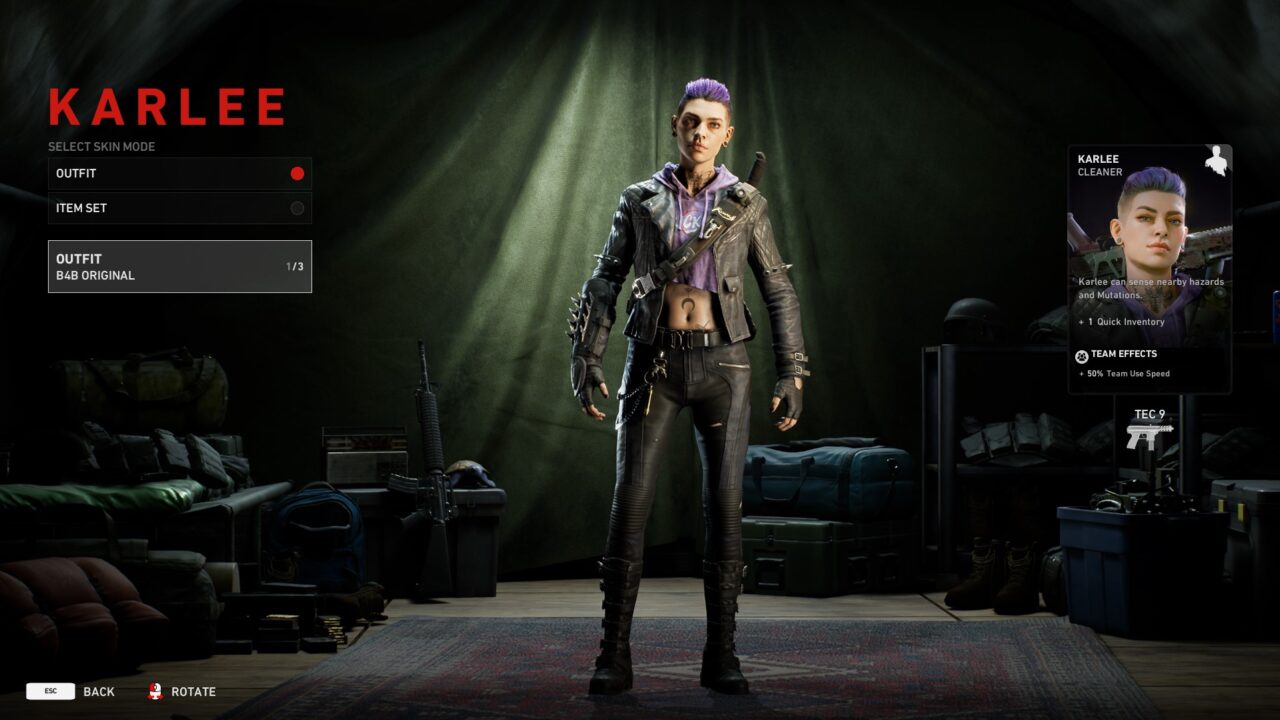 Back 4 Blood is finally here, giving us a long-awaited successor to the Left 4 Dead series, with the game already surpassing Left 4 Dead 2’s highest concurrent player count on Steam.

If you’ve played Left 4 Dead before then you will know what to expect from Back 4 Blood. Players must navigate their way through hundreds of zombies, or Ridden as they’re called, along with some much more powerful enemies too, in order to get to the Saferoom and escape the Ridden.

There are around 30 levels in the game, which should give players a lot of content to play through, providing a good level of replayability too.

When the game starts you may notice that not all of the characters are available. Here is how to unlock Karlee.

How to unlock Karlee

When players first jump into Back 4 Blood they will notice that only four of the eight characters are playable, Evangelo, Walker, Holly, and Mom.

That leaves Doc, Hoffman, Jim, and Karlee to unlock before they can be used to fight the Ridden.

To unlock Karlee, along with Doc, Hoffman, and Jim, you need to complete The Devil’s Return section of Act 1.

The Devil’s Return is the first four missions that you play through in Act 1, Resurgence, Tunnel Of Blood, Pain Train, and The Crossing.

The Crossing is a fairly difficult mission and was one that was seen in the beta so players may be familiar with it already.

READ MORE: Back 4 Blood: Can you play the Campaign mode solo?

Following the opening area of the game, players need to run across a broken bridge to a boat, which then sees players plant bombs on the boat in order to destroy it and take out the Ridden.

Once this mission is complete, all four characters will be unlocked and playable.

Genshin Impact: How to unlock autocook for foods

Pokemon Go Raid Hours: How to get Therian Landorus