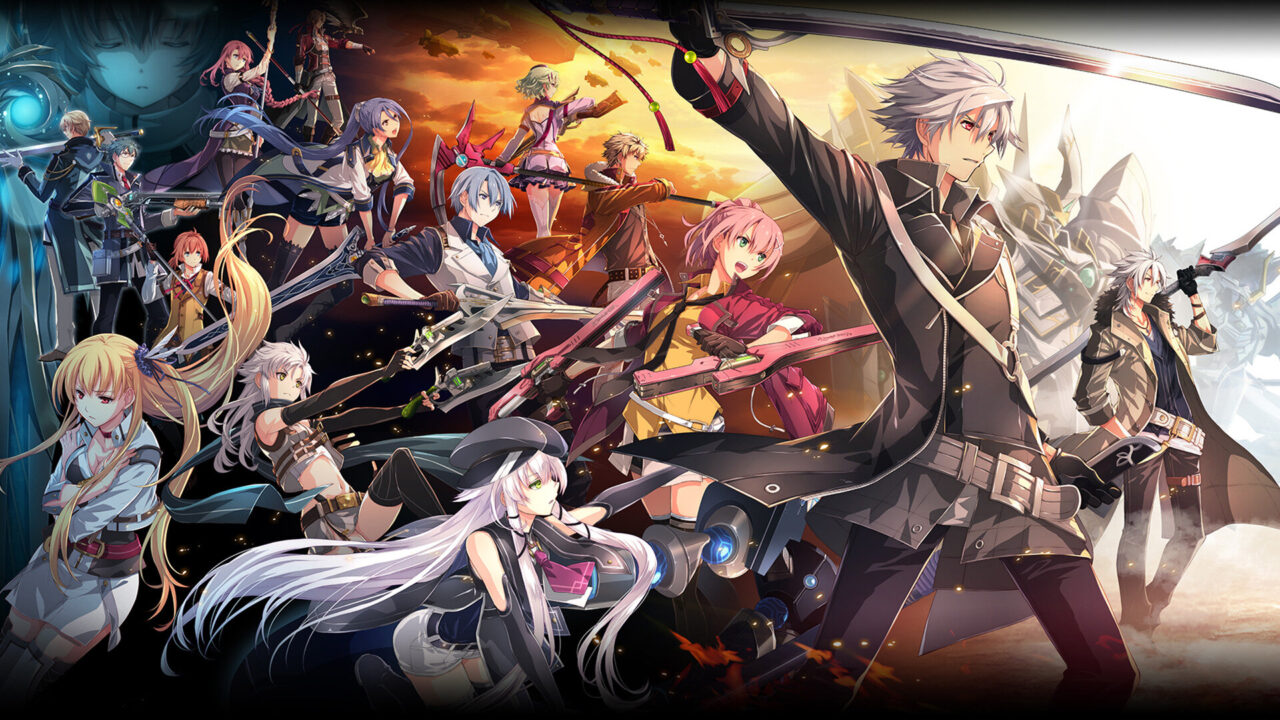 With the ninth game in the Trails franchise, and the fourth in the Trails of Cold Steel subseries, finally out on PC, Switch, and Stadia, now seemed as good a time as any to give my review on the game. Despite being a very niche JRPG, Falcom’s Trails series has quickly become my favorite video game franchise of all time. Fans of the series will surely know about the fandom’s split opinions on the three current arcs: Sky, Crossbell, and Cold Steel; I’m fairly opinionated on them all myself. Without further ado, let’s take a look at The Legend of Heroes: Trails of Cold Steel IV!

So, how well does the self titled “End of Saga” cap off the first half of the Trails’ series vision? If you ask me, and a number of others, it fails to deliver. A score of 25 may appear incredibly low, but Trails has been known for its interconnected world, story, and characters for over 10 years now. Despite everything coming together, without major spoilers, it feels like a letdown and not worth the hype.

The one main plot detail I’ll say is one revealed at the end of Cold Steel III, that of the Erebonian Curse. It was said this curse acts on peoples’ latent desires and sort of skews them into doing things they normally wouldn’t, and was used as the explanation for nearly every major plot event in the series thus far. Aside from a curse being extremely underwhelming, it makes characters lose their agency and accountability for their actions.

Numerous times in the game, it is said that the curse is literally controlling people. A solid 75% of sidequests are about someone or something affected by the curse. The curse makes horses go crazy. It makes people go into a bloodlust. It disrupts the magic of the world. It can control mind, body, or both. Fisherman even mention changes in the fish which the protagonists assure the player is a result of the curse.

Even for JRPG standards as a whole, and especially Trails standards, Trails of Cold Steel IV’s story fails to deliver on many of the promises it set out to take on, and the curse makes so much of the game feel blasé.

This isn’t even to mention the horrid pacing. The game is well over 100 hours on average to 100%, and the entirely of Act 2 is pure filler. Act 1 is just a scavenger hunt as well. The story set up this mission as a race against time and yet it feels the cast is constantly meandering around.

READ MORE: Why should you play Final Fantasy XIV?

On a slightly better note, if you enjoy the characters of Trails already, your opinions likely won’t change much. While some missteps are taken in writing or characterization, it doesn’t feel like Trails of Cold Steel IV does anything so egregious with members of the cast that you would hate a character you used to love.

Rean, the protagonist of the arc, continues to be a black hole that the plot, and every woman in a 3 mile radius has to bend over for, but this has been an issue since Cold Steel I. His moment to moment writing is about as it has been, as is the writing of most of Old and New Class VII, the allies on this quest.

Characters from past arcs make a return, and barring intense bouts of exposition, they aren’t really much better or worse than they used to be. The main issue is the villains, who vary from kinda cool to some of the worst characters in the series, and with the stakes as high as they are, the villains tend to be on the forefront.

Overall, the cast is fairly alright, but my main gripe is that characters’ arcs don’t really feel resolved in a meaningful way, both in the current arc and those from past arcs. What’s here isn’t awful, I just wish there was more.

Finally, something I can just gush about. I love Trails’ gameplay, mixing standard turn based RPG combat with a grid based arena that factors in range and mobility. Trails of Cold Steel IV doesn’t disappoint.

While the game is incredibly easy even on the highest difficulty, the sheer amount of options available to the player at any given time gives you multiple ways to handle any combat situation. Mages, Support, Evasion Tanks, and raw Damage characters are all viable. While some characters are better than others in combat, no one just has no use at all.

Allowing the player to use near 20 character on average past the halfway point with Arts, Crafts, and Brave Orders at your disposal at all times leads to combat that is engaging even if it’s easy.

While gameplay isn’t the draw of the series to me, I can’t deny that the gameplay is a cut above others in the genre and would feel even more fun in an overall better game.

The game also looks, for the most part, pretty good. Falcom has usually been behind the times with the looks of their games, and admittedly these games definitely don’t look like they were released in the late 2010s. Even if outdated though, credit where its due for Steel III and IV looking the best Trails has ever looked.

Models are much better than ever before and the environments and cities aren’t bad at all either. On a moment to moment basis the game looks pretty great, even.

The problem arises in the animation for characters, which is, well, bad. Most times in cutscenes the characters use their stock walk or run animation to move, and then a stock battle animation for attacks. It leads fight scenes to look incredibly stiff and dull. In a series that has so many characters and plot important fights, the outdated animations can easily take the player out of the experience.

Finally, the soundtrack… While I think it’s the worst soundtrack in the Trails series, that doesn’t say much. Falcom consistently has amazing soundtracks for every game they make, and even the worst of the bunch would be hard to give less than an 80.

Much of Cold Steel III’s soundtrack is understandably reused due to most locations being in the past game, but new battle tracks on the whole are pretty dang good. I’ll give specific mention to Burning Throb and Seductive Shudder as some of the best new battle themes the game has to offer.

Most I see of fans disliking the newer songs comes from composer Mitsuo Singa, who had a large role in new tracks like Ashita e no Kiseki, Blue Stardust, and Deep Carnival. I actually don’t hate these songs but they’re super out of place in the Trails series.

Really, music taste is pretty subjective so it can be hard to really rate, but the most I’m confident in saying is that Trails of Cold Steel IV’s soundtrack is the worst of the best, even if it doesn’t make it bad at all.

Sadly to say, I share the opinion of many other Trails fans in saying that Trails of Cold Steel IV is one of the worst games in the series, the worst in fact. It just feels so much of a far cry from the days of older arcs, and even in comparison to Cold Steel I and II, Cold Steel IV drops the ball in nearly every story and character beat.

If you’re already a Trails fan, I doubt you will hate the game. Hell, if you’re a Trails fan you probably already OWN the game, but could I recommend Trails of Cold Steel IV to a newbie or even just a fan of the genre? Not really. I’d recommend the Sky trilogy on Steam, or even just the first Cold Steel game to see if the series interests you.

Trails of Cold Steel IV earns a 6.5/10, a slightly above average game on the whole but a hugely under-performing Trails game that left many fans disappointed in the East and West.

The Legend of Heroes: Trails of Cold Steel IV

Apex Legends: All We Know About The Pariah Leak

Skater XL Review – Does it Redefine the Genre? (Xbox One)