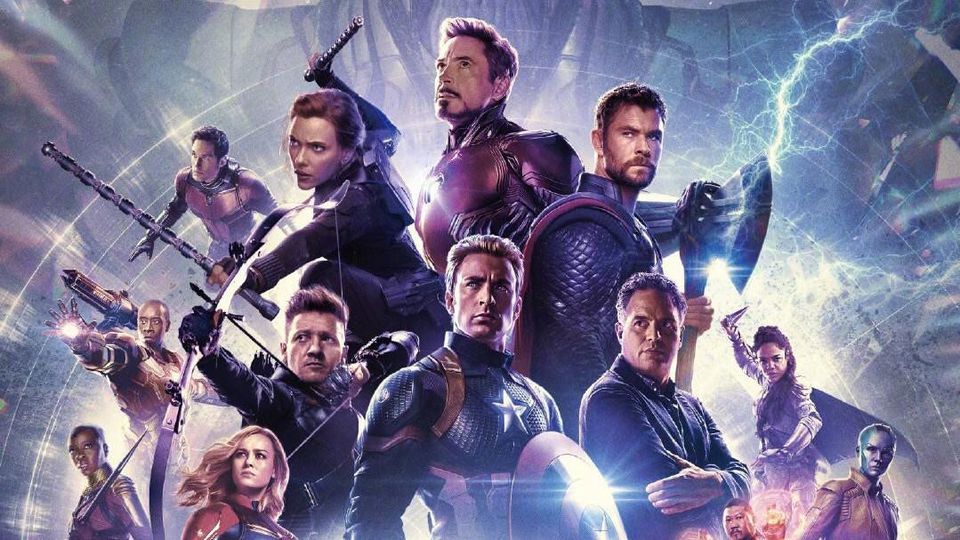 The Marvel Cinematic Universe has captivated moviegoers across the world for the last 12 years. 23 movies and two Disney+ shows later, even the most die-hard fan could have trouble keeping up.

The upcoming release of Black Widow on July 9 will bring an end to more than a year-long period of no feature film releases from Marvel Studios.

So, regardless of if you’re new to the MCU or a tenured veteran wanting to re-watch, this list will give you the definitive chronological order to do so.

The first film in the MCU when watched in chronological order takes us back to the 1940s to show us the origin story of America’s first super-soldier. Chris Evans dons the shield for the first time to fight against the Red Skull and Hydra in the midst of World War II.

Even though it’s one of the newer releases, Captain Marvel takes place in 1995 and gives us the origin story of Carol Danvers/Captain Marvel, the first superhero Nick Fury ever met.

The movie follows Danvers and Fury as they team up to stop an alien invasion by a race known as the Skrull. Though this movie is second, Captain Marvel herself does not return to the MCU until Avengers: Endgame.

The first MCU movie ever released, but the third movie in chronological order, Iron Man is the origin story of Robert Downey Jr.’s beloved Tony Stark.

A genius and billionaire, Stark is captured by terrorists and develops the Iron Man suit to fight against those using his weapons for destruction.

Continuing the story of Tony Stark, Iron Man 2 focuses on the U.S. government and others trying to replicate the success Stark had in making his Iron Man suit.

Edward Norton’s take on Dr. Bruce Banner is on the run from the U.S. military who want to turn The Hulk into a weapon.

While the events of The Incredible Hulk occur at the same time as Iron Man 2, for MCU continuity it’s recommended that you watch them in this chronological order. Norton’s role was later recast for The Avengers.

After a mission gone wrong, Thor is stripped of his powers and casted-out of Asgard by his father Odin.

On Earth, Thor, with the help of Natalie Portman’s Jane Foster and others, must become worthy of the hammer Mjolnir and gain back his powers to stop his brother Loki.

The seventh film in the MCU when watched in chronological order, The Avengers is the culmination of Marvel Studios’ Phase One.

Kicking off Phase Two of the MCU and the eighth film in chronological order is Iron Man 3. Taking place 6 months after the events of The Avengers, Iron Man 3 focuses on Tony Stark dealing with the events of the previous film.

Suffering from PTSD for his role in the Battle of New York, Stark builds an army of Iron Man suits to always be prepared.

After returning to Asgard with Loki as a prisoner, Thor now has to deal with the Dark Elves, an ancient race thought to have been destroyed by Odin centuries ago.

They seek power through an unknown source called the Aether which is stuck in Jane Foster who Thor must now protect.

In Captain America: The Winter Soldier Steve Rogers begins to question the government and agency he has blindly followed all his life.

When his closest friend from the 40s returns from the dead, his world is turned upside down. This movie also introduces Anthony Mackie’s Falcon and Sebastian Stan’s Winter Soldier to the MCU.

One of Marvel’s most bizarre properties, a ragtag group of space criminals, including a talking raccoon and tree, come together to stop a Kree dictator from gaining immense power.

This movie gives audiences their first real introduction to the Infinity Stones and the powers that they hold. It introduces Chris Pratt, Zoe Saldana, Bradley Cooper, Vin Diesel, and Dave Bautista to the MCU as Peter Quill, Gamora, Rocket Racoon, Groot, and Drax respectively.

Picking up a few months after the events of the first movie, Guardians of the Galaxy Vol. 2 focuses on the mysteries surrounding Peter Quill’s past as the group encounters Quill’s father, Ego the living planet.

Tony Stark, trying his best to protect Earth from future threats, enlists the help of Bruce Banner to create Ultron, an AI that turns violent and decides the Avengers need to be exterminated.

Wrapping up the MCU’s Phase Two is Ant-Man. Paul Rudd is introduced as Scott Lang, a thief who is recruited by the former Ant-Man, Hank Pym, to steal a new Ant-Man-like suit from Pym’s former prodigy.

Phase Three of the MCU kicks off with Captain America: Civil War. The Avengers are split when the U.S. government tries to regulate their actions. After Bucky Barnes is accused of bombing the UN, Iron Man and Captain America lead the two sides against each other.

This film includes all of the previous Avengers and introduces Chadwick Boseman’s Black Panther and Tom Holland’s Spider-Man to the MCU.

Set one week after the events of Civil War, Black Panther focuses on T’Challa returning to Wakanda to take the role of king. He is tasked with many different policies Wakanda keeps in place to remain a secret and battles mistakes from his father’s past in the form of Michael B. Jordan’s Eric Killmonger.

Doctor Strange is the origin story for Benedict Cumberbatch’s Sorcerer Supreme. In the movie, Dr. Stephen Strange suffers an accident that forces him to look past modern medicine to fix.

He learns about the mystic arts from the Ancient One and battles against her former pupil to save the world from darkness. Doctor Strange is the first movie in the MCU to tie together the cosmic and Earth-bound movies.

Thor, Hulk, and Loki return in this retro-themed sci-fi adventure. After the return of his long-dead sister Hela, played by Cate Blanchet, and the destruction of his hammer, Thor must find allies to help in his fight to reclaim Asgard.

Following the events of Civil War, Scott Lang has been put under house arrest for siding with Captain America. Hank Pym and his daughter Hope have also cut ties with Lang, but eventually, need his assistance to rescue Hope’s mother Janet from the Quantum Realm.

Watching this movie here leaves the audience with the same amount of shock and confusion that Scott feels during the post-credits scene.

Thanos, played by Josh Brolin, has been searching for the Infinity Stones and orchestrating events in the background of the MCU. His journey culminates in Avengers: Infinity War as the Avengers learn of his plans to find the stones and use them to wipe out half of all life.

Still split from the events of Civil War the Avengers fight on different fronts to stop the Mad Titan from executing his plan.

Five years have passed since the events of Avengers: Infinity War and the remaining Avengers have all but given up when a small chance at making things right comes along.

READ MORE: Next Avengers Game Event: When is it & What is it?

Avengers: Endgame is the end of Phase Three and the culmination of 10 years of Marvel movies in one epic finale that closes some doors and opens up a new future for the MCU.

Set a few weeks after the events of Endgame, WandaVision is Marvel Studios’ first venture into television. The show follows Wanda as she deals with all of her built-up grief in her own mysterious way.

Marvel Studios’ second television show to debut on Disney+ and set 6 months after the events of Endgame, The Falcon and the Winter Solider focuses on Sam Wilson and Bucky Barnes as they deal with a terrorist group known as the Flag Smashers and the introduction of a new Captain America.

Set 8 months after the events of Endgame, Spider-Man: Far From Home sees Tom Holland once again suiting up as the web-slinger. Dealing with the aftermath of Endgame, Peter Parker doesn’t know how to continue after Tony Stark’s sacrifice.

While on a school trip, he is asked to help Nick Fury and Jake Gyllenhaal’s Mysterio as they combat elemental enemies from a different dimension.

READ MORE: The Avengers Game is Getting MCU Skins? What We Know So Far

Black Widow is set at some point between the events of Captain America: Civil War and Avengers: Infinity War. We’ll get a better idea of when exactly it takes place once Black Widow is released in theaters and on Disney+ with Premier Access on July 9.