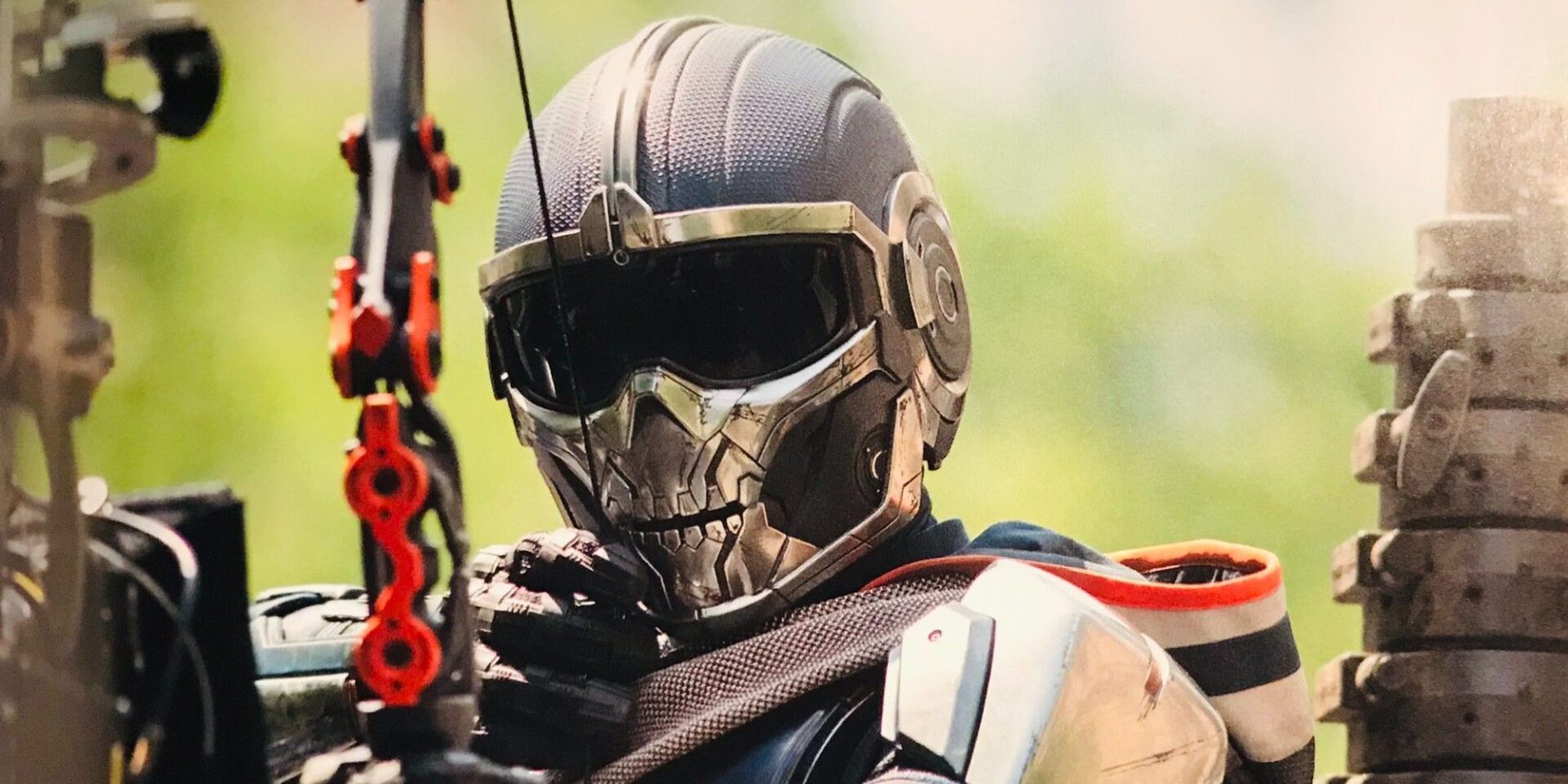 Marvel Studios has shared a brand new set of Black Widow character posters ahead of launch and they are stunning. Annoyingly, they also keep Taskmaster’s casting a complete secret. There are a lot of theories about who is playing Tony Masters… Or even if it’s Tony Masters under there at all!

Earlier today, Marvel Studios’ revealed the new character posters for Black Widow’s main cast on social media and they are great. Not only do they give us a better look at Scarlett Johansson’s Natasha Romanoff and Florence Pugh’s Yelena Belova, arguably the two main characters in this, we also get a fresh look at David Harbour’s Alexei Shostakov and Rachel Weisz’s Melina Vostokoff (although they only hashtag Melina, not her last name…)

You can check them out below, firstly a look at Natasha and Yelena…

Then, we have a look at Melina and Alexei…

Finally, we have a look at Taskmaster and O-T Fagbenle’s Rick Mason.

There are quite a few theories about who Taskmaster is in Marvel Studios’ upcoming Black Widow and Disney has kept things pretty under wraps.

One prominent thoery, however, is that O-T Fagbenle’s Rick Mason is actually Taskmaster. This one is a little unusual, given the fact that Rick Mason is a pre-existing Marvel Character in his own right and Taskmaster is also, obviously, a different character. However, it isn’t impossible?

In the character posters above, we see that Taskmaster’s character poster just doesn’t have a name on it. With Rick Mason getting his own, this could be Marvel Studios debunking this theory. However, as you might imagine, this isn’t anything we will be able to confirm until we see the film on July 9th.

Is Rambo actually coming to Call of Duty Warzone & BOCW?