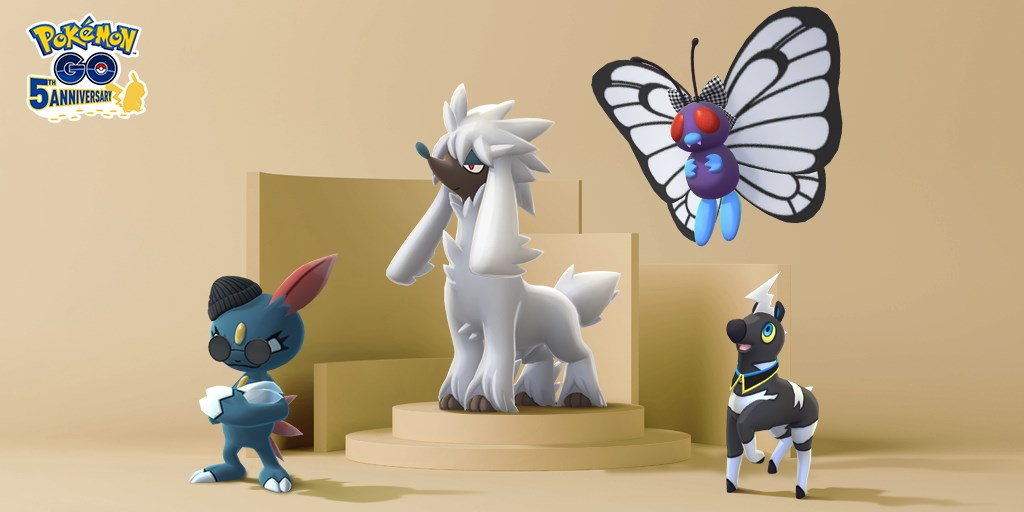 For fans of Pokemon in costume, we’ve got quite the event coming up for you – Pokemon Go Fashion Week 2021 features lots of them.

Costumed Pokemon will be in raids, eggs and even the wild spawns during this event! And if that’s not enough for you, Niantic has even thrown in a Pokemon to be released alongside them.

What is Fashion Week 2021 in Pokemon Go

Fashion Week 2021 is, as you may expect, an event themed around fashion – so lot’s of visual-based features, think shinies and costumes – or shinies with costumes, for the really lucky players.

Of course, that’s not all for Fashion week, as mentioned above we also have a new Pokemon launching with this event – and what better Pokemon to introduce during a Fashion event than Furfrou? Now if you’re familiar with Furfrou already you may be wondering how the form mechanic will work in a game where those are typically treated as separate Pokemon, like in the case of Deerling.

Well the answer to that is actually quite a welcome surprise; Furfrou will be launching with a new form-change mechanic. It’ll start in its natural trim form, but selecting it will allow you to select a different form to change to at the cost of 25 candy and 10,000 Stardust.

READ MORE: Pokemon Go: How to Evolve Inkay into Malamar

For those not familiar, Local time simply means your personal time zone.

As a reminder of my usual process, Pokemon available as shiny during the event have been highlighted with bold text.

A number of Pokemon wearing costumes will be available in the wild during this event, including Croagunk, Kirlia, Butterfree and Sneasel – alongside appearances from Blitzle and the newly launched natural look Furfrou. Of course, these events usually change a bit more than the wild spawns.

So let’s talk about those changes next.

Eggs are mostly unchanged for this event, though 7km eggs will be adjusted to feature Alolan and Galarian Meowth, alongside a costumed Smoochum and Shinx.

Raids will naturally be receiving an update during the event, with 1* raids featuring a costumed Sneasel and Shinx, both of whom can be shiny. 3* raids meanwhile will feature costumed Butterfree and Kirlia, again both available as shinies.

The Lake Spirit Trio will be appearing in 5* raids, meaning we’ll be seeing Azelf, Mespirit and Uzie – all of which can be Shiny! Mega Houndoom will also be appearing in Mega Raids alongside them, so keep an eye out for him.

Is there anything else to be aware of?

As per usual for a big event, we can expect some new research tasks with some nice rewards thrown in – as well as a chance to encounter Meloetta if you haven’t already, or Meloetta candy if you accessed Go Fest 2021 earlier in the year.

Keep an eye out for avatar items and new bundles in the shop too!

That’s everything to expect from the upcoming Pokemon Go Fashion Week 2021 event, have fun out there Trainers! If you’re looking for more Pokemon Go content like this guide or other stories, you can find them in our Pokemon Go Category, and if you’d instead like to see more by me specifically, you can find my page here.

Pokemon Go: Everything you need to get Gallade

Pokemon Go: How to defeat Alakazam, weakness and counters