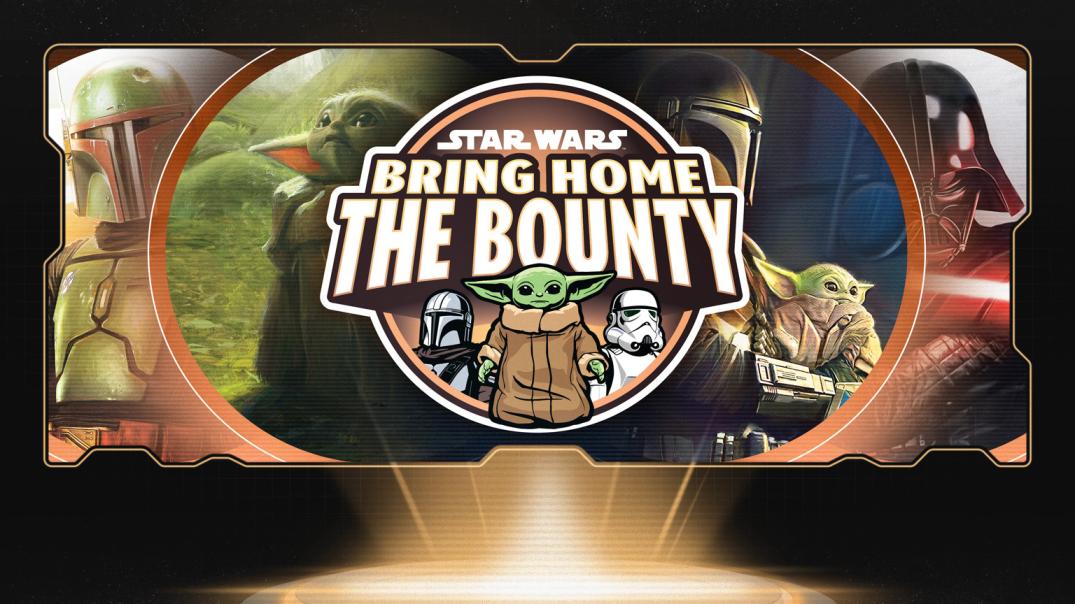 New Star Wars game could be announced in December

Disney and Lucasfilm took to Twitter to announce a new initiative called Bring Home the Bounty. It is a way of announcing anything Star Wars related to the public. More interestingly though a new Star Wars game could be announced soon.

There is plenty to look out for if you are a fan of the saga and want to go deeper into the “Galaxy far far away”.

Here is what we know about the Bring Home the Bounty campaign and the possible new Star Wars game.

What is Bring Home the Bounty

You can expect reveals every Tuesday from now until December 28. The campaign started yesterday (October 12) and from what I can see it revealed some Funko Pops, action figures and apparel. However, you should expect more content coming to Disney+ and possibly a new game in the future.

Indeed, Senior Vice President at Lucasfilm, Paul Southern, explained that part of the reason behind this campaign is that Lucasfilm 50th anniversary is ending this year.

What we know about a possible new Star Wars game

This is not the first we have heard of a new Star Wars game in 2021, however, this could be some of the most concrete evidence we have to when the game is set to be announced.

Ubisoft already announced a Star Wars game in the works in early January. Breaking the 8 year-long run of EA exclusive. There was also an announcement for Nintendo Switch and mobile in February concerning a Free-to-play Star Wars: Hunters title. As well as a Star Wars: Knights of the Old Republic remake. EA also announced that there would be “continued investment” in the Star Wars Jedi: Fallen Order series.

I also reported not so long ago on a Quantic Dream rumour surrounding an action-focused game. With this project already being worked on for 18 months or so.

Indeed, Disney and Lucasfilm are spoiled for choice when it comes to new Star Wars game rumours. Any of the titles could see the light of day on December 14. We can see on the calendar a game controller icon at that date, you can see the calendar above or by following the link on the tweet. So, mark your calendars and set your reminders for December 14, 2021.

That’s all we know so far about a new Star Wars game; however, you can check more Star Wars news here.

Destiny 2: When does FOTL end?