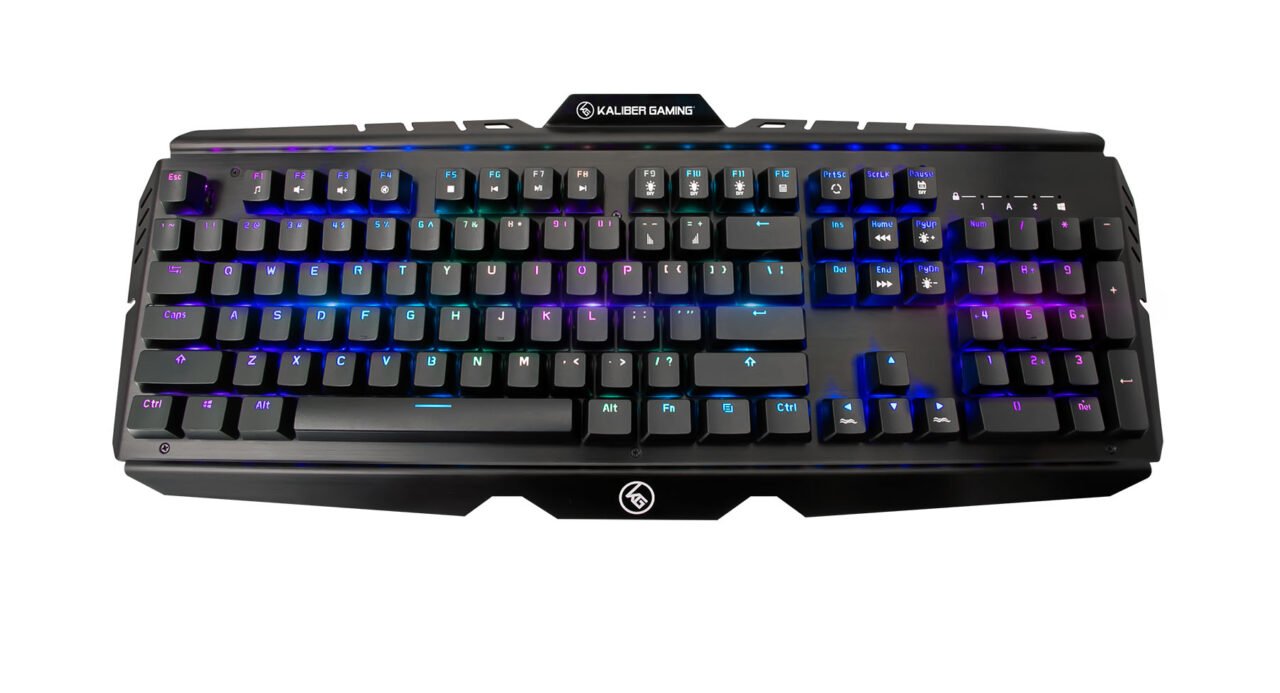 IOGEAR’s optical-mechanical “HVER Pro X” keyboard comes with a lot of cons and very few pros for almost $100. Here’s what you need to know about the IOGEAR HVER Pro X keyboard.

Let’s start off by talking quality. The IOGEAR HVER PRO X has–by far–the poorest build quality in a keyboard that I’ve seen in years. Right out of the box, there were keycaps that had been torn from the switches, which was already not a good sign.

The keycaps themselves are also able to be removed quite easily, and while the keyboard does include a keycap puller, it’s entirely unneccessary, because you can just pluck them from their spot without any effort whatsoever.

Typing on the IOGEAR HVER Pro X is a less than satisfying experience. The brown switches that come stock with the board seem to perform as expected, but the spacebar is quite loud due to the rattling sound it makes when pressed about halfway down, giving it an unpleasant punch.

As far as the board itself goes, it’s made out of what IOGEAR says is “aircraft aluminum,” which is true, but it looks very much like cheap plastic. Although, there is little flexing on the board, which was surprising.

As with many gaming keyboards nowadays, the IOGEAR HVER Pro X features per-key RGB backlighting, which I have to admit, is actually not that bad. When I plugged this keyboard into my PC and admired the startup backlit animation, I found myself pleasantly surprised. The lights aren’t the brightest I’ve seen on a keyboard before, but it gets the job done.

Okay, so now we’re going to talk about the keys on the IOGEAR HVER Pro X again. No, this keyboard doesn’t have dedicated media keys, but what it does have is a dual-function F12 button that can open up your calculator! I know, it’s strange. I have absolutely no idea why this is a feature, but it is, and I guess there isn’t anything wrong with it? It’s just a very…very strange choice.

Outside of functionality, I have to say that I am not a fan of the “gamer font” on this keyboard. While most of the keys are fine, there are a select few that just look bad (looking at you “B,” “P,” “D,” and “E”). The brightness buttons also look off, and the arrow keys have a strange marking on them that look like waves, but I also have no idea what those are meant to do.

READ MORE: HyperX Fury S Pro Gaming Mouse Pad, is it worth your while?

Should you buy it?

Due to the poor build quality, lack of unique features, and price of this keyboard, we’re going to have to pass on the IOGEAR HVER Pro X.

Pokemon Go: How to defeat Butterfree, weakness and counters

Pokemon Go: How to defeat Gothorita, weakness and counters

How good is the Monster HDMI cable?

HyperX Fury S Pro Gaming Mouse Pad, is it worth your while?