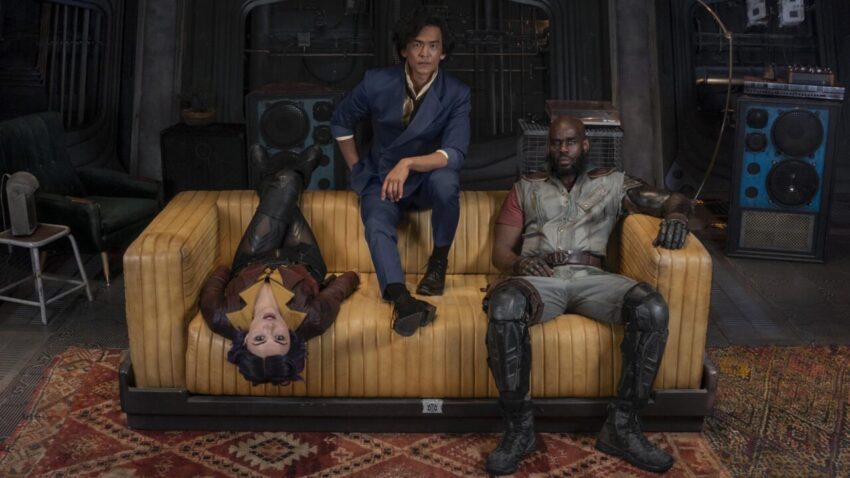 Today, we had our first look at how the live action version of Cowboy Bebop is looking, courtesy of Netflix. The famous anime show directed by Shinichiro Watanabe and written by Keiko Nobumoto had a real life adaptation announced back in 2018 by Netflix.

In the cast, we see names like John Cho as the lead character Spike Spiegel, Mustafa Shakir as Jet Black and Daniella Pineda as Faye Valentine. We can finally see how the main trio will be looking like in real life.

READ MORE: Resident Evil 4 Remake to be announced at Gamescom

Check out the images for the Cowboy Bebop live action

Cowboy Bebop is considered a masterpiece between the 90s animes, bringing a mix of music, action-packed scenes and solitude to the table. All of these emotions are shown through the story of the members of the Bebop ship during the year 2071.

The cowboys – as they are called – work as bounty hunters, searching for criminals across the whole universe, while also dealing with their internal demons and trying to escape their past. At least the presence of the little dog Ein helps to lighten the mood.

The Netflix adaptation pretends to retell the original story, and it seems to be doing a good job until now. The images show the main characters extremely well characterized, and it is easy to recognize some shots from the original anime in the images.

This is partly because the original producers are working directly on the project. The original composer, Yoko Kanno, is also present, and this is the best notice ever, since the music, especially jazz, is one of the most important parts of the original series.

This live action adaptation of Cowboy Bebop shows promise and will be hitting the platform on November 19. The first season is estimated to have 10 episodes. The original anime is available for watching on Netflix.

A first glimpse at the new Netflix Splinter Cell anime